Things to Do in Johannesburg 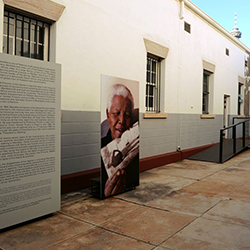 Johannesburg – In Mandela’s Footsteps – Full day tour
Collection from your Johannesburg hotel for a full-day tour tracing the early life of South Africa’s most iconic leader, Nelson Mandela, from the time he arrived in Johannesburg to the infamous Rivonia Trial that led to his 27 years of imprisonment. The tour follows a roughly chronological order of important events in his life beginning with Mandela Yard in Alexandra where he rented a room while studying and working as a clerk in a law firm. Next is Constitution Hill, a human rights precinct that acknowledges the horrors of the past while embracing the promise of the future and also incorporates the Old Fort Prison, a notorious jail where political prisoners including Mandela where incarcerated. The tour concludes with a visit to Liliesleaf Farm, widely regarded as the birthplace of Umkhonto we Sizwe (MK), the armed wing of the ANC. It was here that a police raid on 11 July 1963 resulted in the Rivonia Treason Trials and eventual incarceration of many senior ANC leaders, including Nelson Mandela. Return transfer to the hotel included.

Cradle of Humankind- Half day tour
The Cradle of Humankind – just outside of the fast-paced city of Johannesburg lies one of the most important archaeological sites for human evolution studies, the aptly named Cradle of Humankind. It is one of South Africa’s 8 Heritage Sites and consists of a network of limestone subterranean caves that hold a rich hominoid fossil record. The caves, including the Sterkfontein, Swartkrans and Kromdraai, tell the story of what the world was like when our human ancestors were evolving some 2 – 3 million years ago, and lend credence to the theory that humans and their ancestors evolved in Africa first. In 1947 one of the first major discoveries was made at the Sterkfontein Caves of a pre-human skull dating back more than 2-million years. The skull was classified as Plesianthropus transvaalensis and hence shorted to ‘Mrs Ples’. Aside from fossil displays the Cradle of Humankind also includes a variety of other activities and facilities. Transfer back to the hotel at the end of the tour. 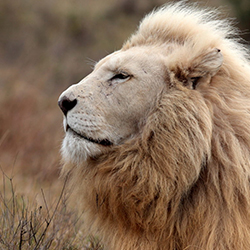 Lion and Safari Park – Half day tour
The Lion and Safari Park is a 600 hectare wilderness reserved situated in the Hartebeespoort, Magaliesberg and Cradle of Humankind area. The park offers guests an incredible opportunity to get up close to many of South Africa’s most iconic animals. The Lion and Safari Park offers a wealth of exciting activities for the whole family. Guests are guaranteed the opportunity to get extremely close to many of Africa’s most exciting animals including Brown and White Lion, Wild dog, Cheetah and over 20 different African wildlife species. While exploring the park guests will have the opportunity to view many amazing animals including Zebra, Giraffe, Gemsbok, Springbuck, Blesbuck, Sable, Nyala and many more. 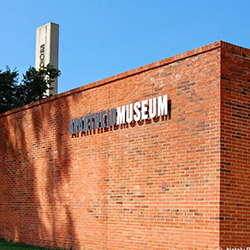 Johannesburg, Soweto & Apartheid museum – Full day tour
Explore the greater Johannesburg on a full-day tour of Johannesburg, Soweto and the Apartheid Museum. Explorations begin in the heart of bustling Johannesburg, the third largest city in Africa, as you seek out landmark buildings such as the Hillbrow Tower, one of the tallest towers in Africa, the sky-scraping Ponte City, Sentech and Carlton Centre Tower and the multi-million rand Nelson Mandela Bridge. South of city you will find the Apartheid Museum that showcases the notorious system of racial discrimination that became synonymous with South Africa from 1948 until 1994 when the country’s first fully democratic elections were held. The museum has two entrances labelled ‘white’ and ‘non-white’ giving visitors a tiny taste of some of apartheid’s prejudiced rules. More serious overtones to this system of racial classification can be observed inside the museum with harrowing personal testimonials and historical facts. Your tour rounds off with highlights of Soweto such as the match box houses, FNB “Soccer city” Stadium, Hector Pieterson Memorial, Vilakazi Street and Mandela House. 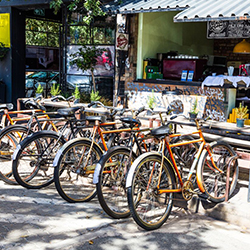 Johannesburg/Soweto – Half day tour
Tour begins with a vibrant and intoxicating visit to the Newtown Cultural Precinct in downtown Johannesburg. This area was once a hot-bed of protest theatre, poetry and music during the apartheid era and today is the heart and soul of Johannesburg’s cultural landscape. It is jam-packed with art galleries, museums, dance studios, live music venues, restaurants and nightclubs that know no colour barrier and embrace artistic expression from all walks of life. Your Jozi adventure then moves to Soweto for a thoughtful tour through the Hector Pieterson Museum and Memorial, named after the young boy who was accidentally killed by police crossfire in the infamous 1976 student uprisings in the township. Opened in 2002, the museum retraces the events that culminated in the student riots and, according to some historians, to the beginning of the collapse of the apartheid era. 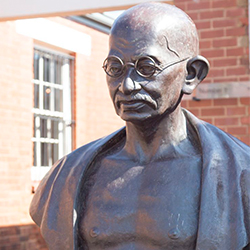 Johannesburg – In Gandhi’s Footsteps – Half Day tour
Walk the path of a great leader as you trace Mahatma Gandhi’s footsteps. Half day privately guided tour to give a taste of Ghandi’s journey and experiences during his 21- year stay in South Africa as he fought non-violently against a South African government weighed down by prejudice and injustice. Ghandi first arrived in the country in 1893 and witnessed first-hand the atrocities that were committed against the Indian community. He tried to resolve these injustices through ‘respectful disagreement’ and urged the South African Indian community not to resort to violence, but to make their voices heard by peacefully protesting. Today Ghandi stands as a global humanitarian icon and holds a unique and special place in South African and world history. Tour through the life of Gandhi in Johannesburg will take you to various interesting and important sites such as Gandhi Square, his Troyeville house, Hamidia Mosque, the Hindu Crematorium and Satyagraha Guest House. 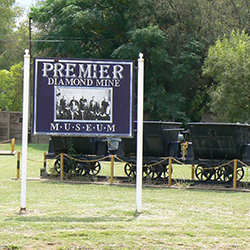 Cullinan and Pretoria Full Day tour
Be dazzled by diamonds and charmed by the historical tree lined streets of Pretoria. The full day tour begins at the Cullinan Diamond Mine that was once owned by the famous De Beers family and today still produces a quarter of all the world’s gem-quality diamonds. The surface tour will explain how diamonds were formed millions of years ago as well as the process that took them from their raw form through to sparkling precious stones. Explore the fascinating architecture and historical monuments of South Africa’s administrative capital. Pretoria is often referred to as the ‘Jacaranda City’ due to its tree-lined streets that fill with beautiful purple jacaranda flowers when the trees are in bloom in spring. Interesting stops include Paul Kruger House, the former home of the founder of the Afrikaans nation, the Union Buildings, the official seat of the South African government and the Voortrekker Monument, built to commemorate the Voortrekker pioneers.