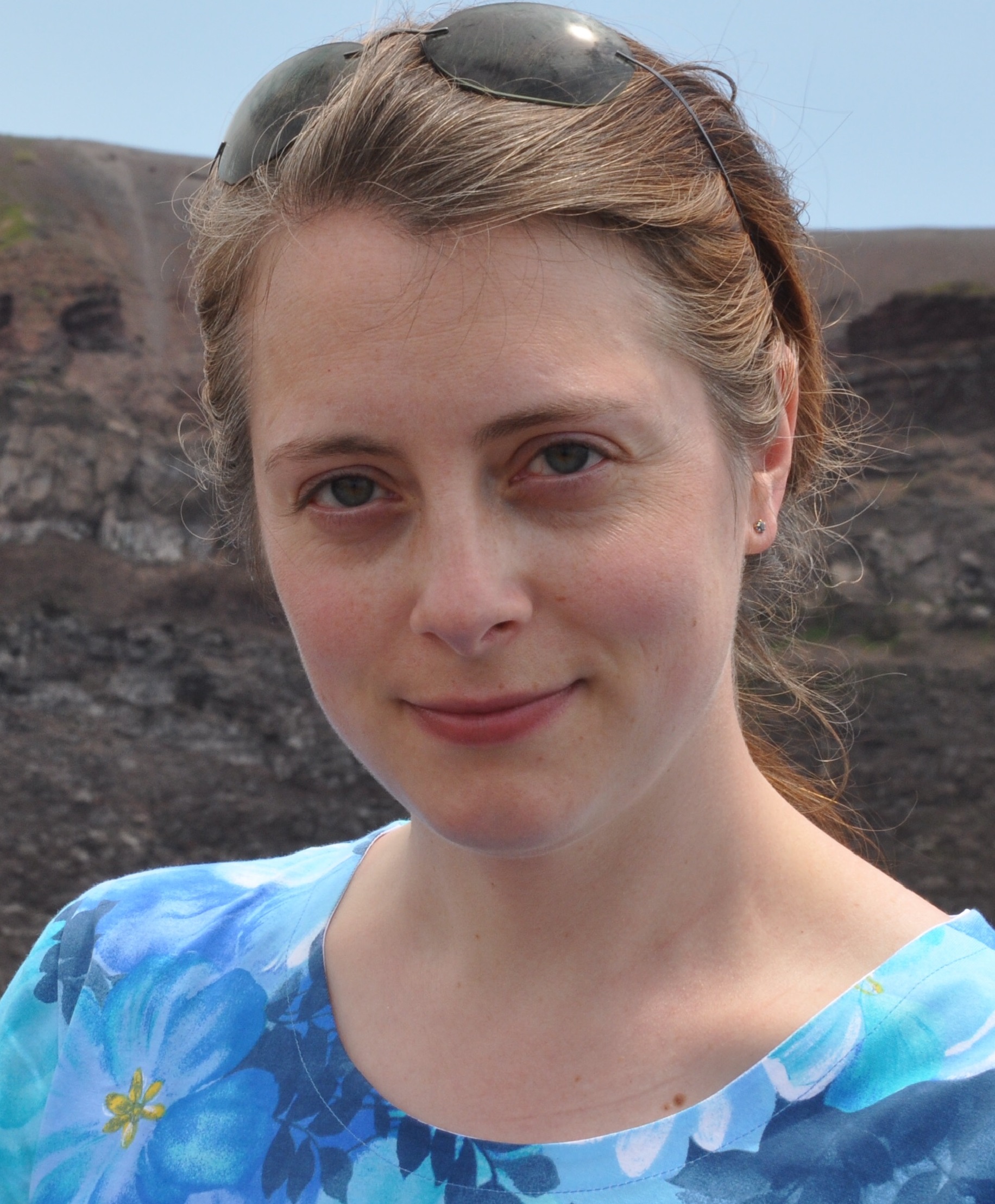 Claire Nicholson is a consultant neurosurgeon in Newcastle upon Tyne, UK.  She has a number of sub-specialist interests including spinal dysraphism in children and adults, movement disorder surgery (with a special interest in dystonia), pituitary and anterior skull base surgery, epilepsy surgery and neuro-modulation for pain.  She did her medical degree and early surgical training in Glasgow before moving to the north of England to train in neurosurgery.  She did her fellowship in functional and paediatric neurosurgery in Montpellier, France.  She is involved in surgical training and is currently training programme director in neurosurgery for the north of England.  She has a national role on the UK Speciality Advisory Committee for neurosurgery and in the selection of doctors for neurosurgical training.  She has also been involved in teaching and training internationally as faculty on courses outside Europe. 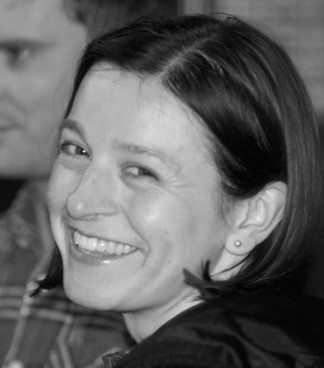 Catherine Gilkes is a consultant neurosurgeon at the Walton Centre, Liverpool, UK, specialising in skull base.  She completed her medical training at the Universities of Cambridge and Edinburgh, qualifying in 2000. She undertook her neurosurgical training in the South West region (Bristol and Plymouth) and fellowships: in pituitary surgery (Queens Square, Michael Powell) and Skull base surgery at the skull base unit in Manchester. She was appointed as a Consultant Neurosurgeon at The Walton Centre in 2011.  She is currently one of the SBNS meetings secretaries and a keen mountaineer and musician. 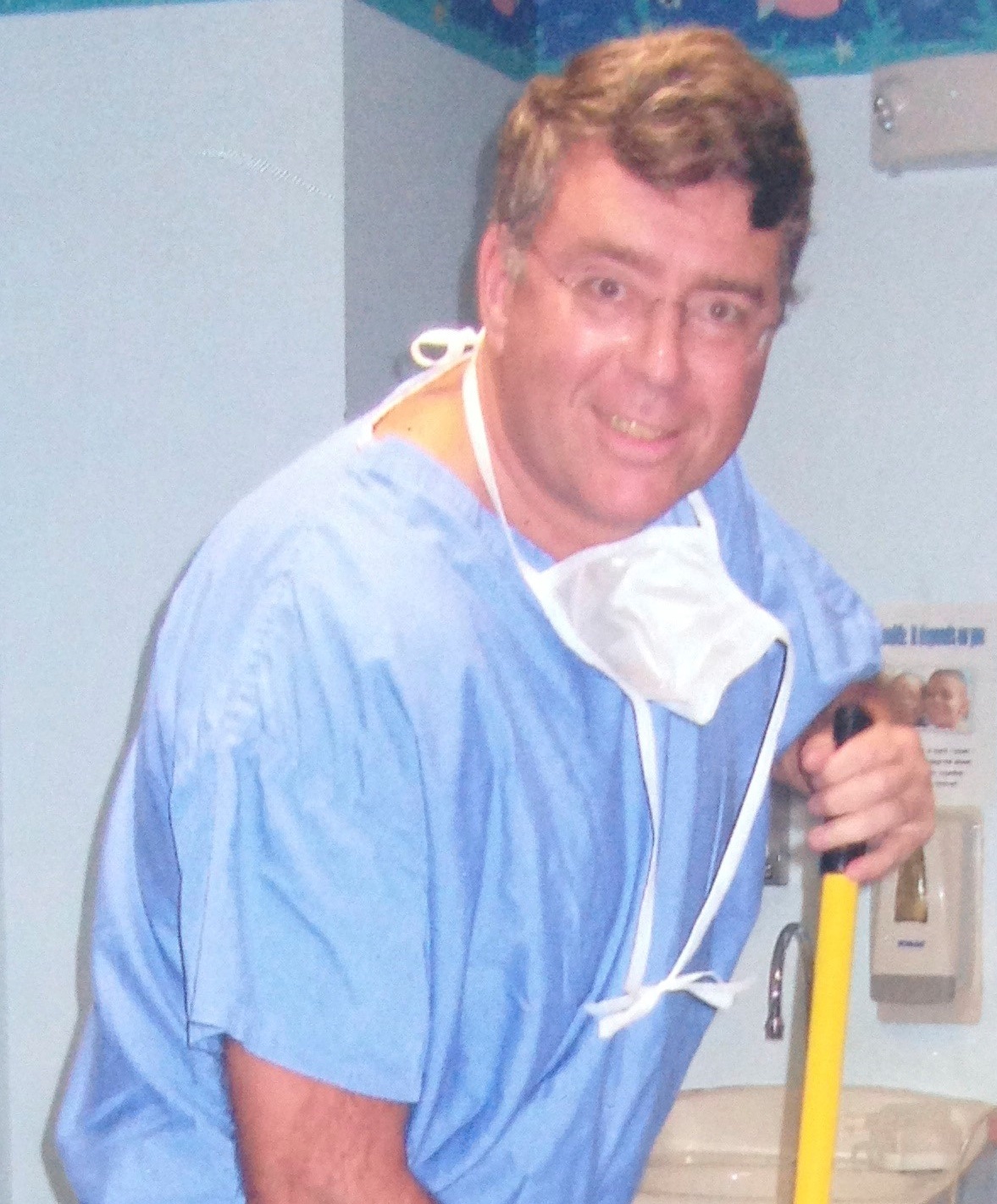 Robert Keating, MD is currently Professor and Chief of Neurosurgery at the Children’s National Medical Center in Washington, DC. Dr Keating graduated from Georgetown University Medical School in 1983 and subsequently went to New York where he did his training in Neurosurgery at the Albert Einstein and Montefiore Medical Center in the Bronx. A fellowship in Pediatric Neurosurgery, as well as Craniofacial Surgery, followed at Einstein / Montefiore in 1990.
Subsequent to his training, Dr Keating served in the Navy and was stationed at the Oakland Naval Hospital from 1990-1994, during which time he served as the Chief from ’91 to ’94. He then returned briefly for 2 years to the Bronx where he was on staff at Montefiore Medical Center as well as the Bronx Municipal Hospital Center. He came back to Washington in 1996 to join the faculty at the Children’s National Medical Center and later became Chief of the Division of Neurosurgery in 2003 and Professor of Neurosurgery and Pediatrics in 2008. His past appointments include the President of the Medical Staff at the Children’s National Medical Center as well as Head of Credentials and he currently maintains a busy practice of pediatric neurosurgery, with an emphasis on tumours, Chiari malformations, craniofacial reconstruction, spinal dysraphism, spasticity and brachial plexus surgery. As a member of the American Society of Pediatric Neurosurgery and International Society of Pediatric Neurosurgery, he has published and presented extensively in the field. His publications include the previous texts, “An Atlas of Orbitocranial Surgery” and “Tumors of the Pediatric Nervous System” (2nd edition published in 2013 ) with current work on Neurosurgical Operative Atlas, (2nd ed. Goodrich JT, and Keating RF, Thieme) due for publication in 2019. He is also Chair, Medical Advisory Committee on the Board of the American Syringomyelia Alliance Project as well as a founding member of the Posterior Fossa Society and maintains long-standing membership in the CNS, AANS, ESPN and ESPN. 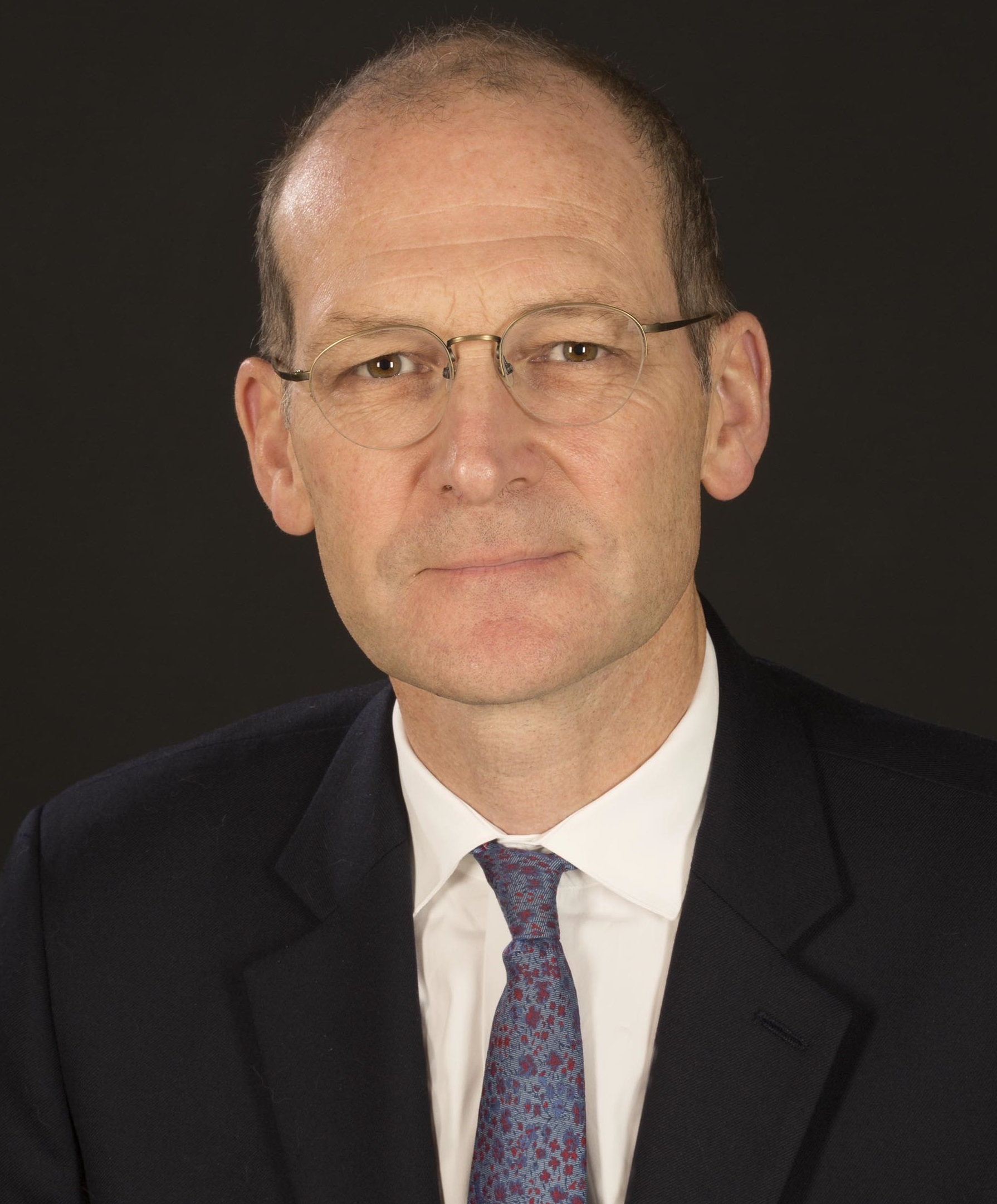 Neil Kitchen is current President of the Society of British Neurological Surgeons and Consultant Neurosurgeon at National Hospital, Queen Square, London, England where he is also Director of the Gamma Knife Unit. 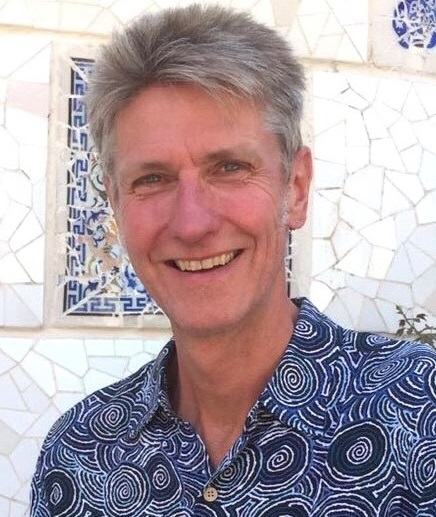 Alistair graduated from Glasgow in 1980, trained in Manchester, Glasgow and Liverpool, and has been a Consultant Neurosurgeon in Newcastle since 1990.  He has an unfashionable number of subspecialty interests, including vascular, skull base, functional and Paediatric, but mercifully no longer does much spinal work.

He is committed to World Neurosurgery and has travelled, lectured and operated in many countries.  This is his first time in South Africa. 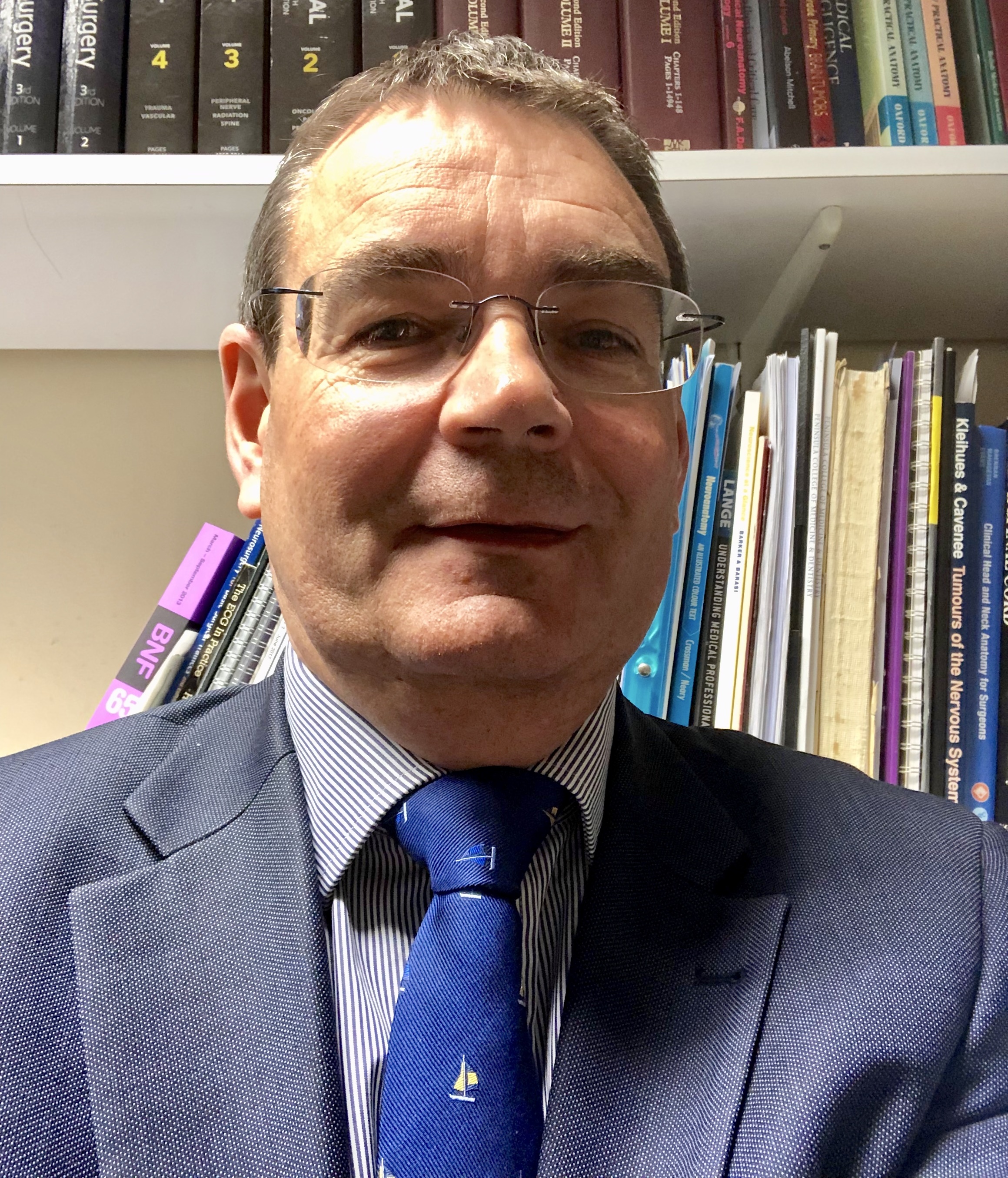 Peter Whitfield is a Consultant Neurosurgeon in the South West Neurosurgery Centre, Plymouth UK.  Peter’s clinical interests are wide and include aneurysms, neuro-oncology and traumatic brain injury.   His neurosurgical training was conducted in Cambridge, with a short period spent in Glasgow.  He undertook a PhD on molecular mechanisms of cerebral ischaemia. He has written many papers and recruited many patients to clinical trials.  He is lead editor of Head Injury: A Multidisciplinary Approach.  Peter is an Honorary Associate Professor at Plymouth University Medical School, where he is the lead for professionalism.  Peter is Chairman of the SAC in Neurosurgery; this committee is responsible for the selection of trainees, the national training curriculum and certifying trainees.  Peter is also Chairman of the European Board of Neurological Surgery with responsibilities for the FEBNS Examination.  Outside of work, Peter has a passion for sailing. 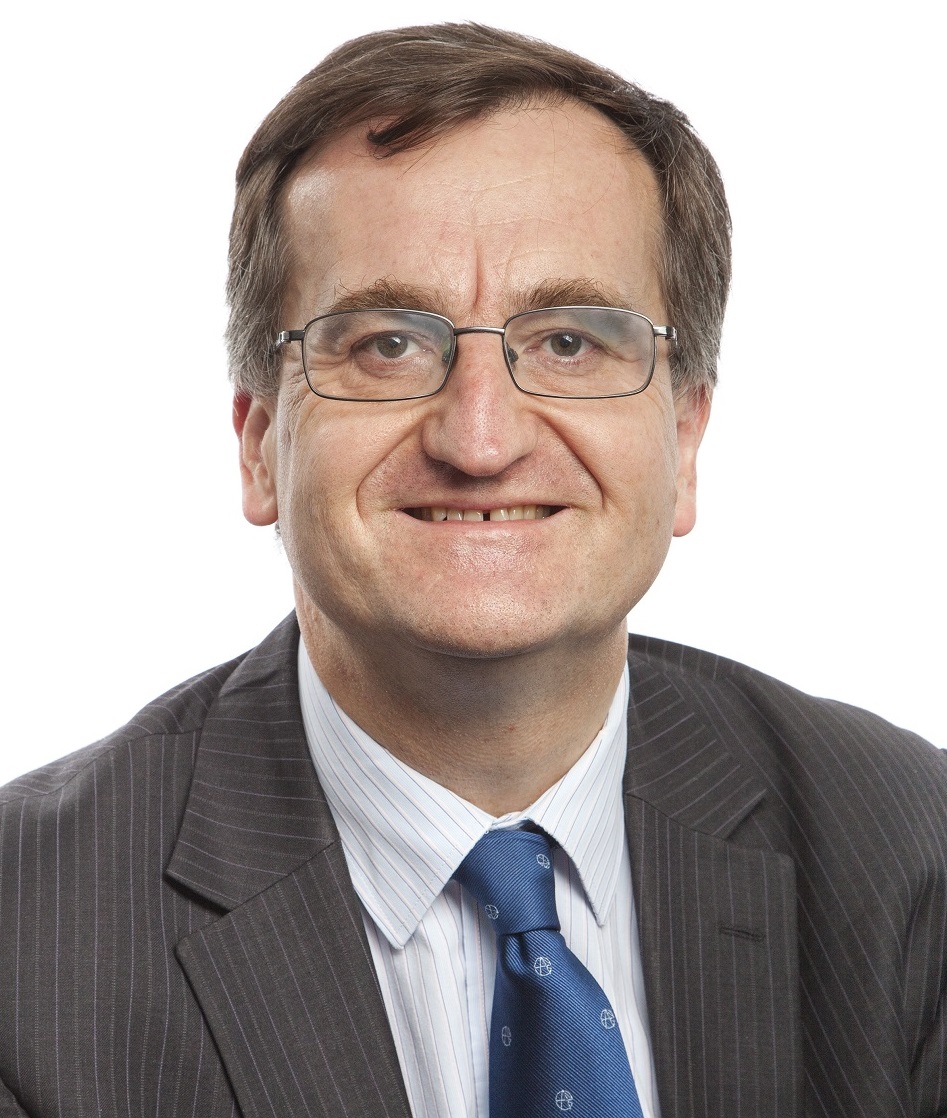 Peter Hutchinson BSc (Hons), MBBS, PhD (Cantab), FRCS (Surg Neurol) is Professor of Neurosurgery, NIHR Research Professor and Head of the Division of Academic Neurosurgery within the Department of Clinical Neurosciences, University of Cambridge. He is Director of Clinical Studies at Robinson College, Cambridge.

He holds an Honorary Consultant Neurosurgeon post at Addenbrooke’s Hospital with a sub-specialist interest in the management of neurotrauma, specifically head and traumatic brain injury. He has a research interest in acute brain injury, utilising multimodality monitoring technology (measurement of pressure, oxygenation and chemistry) to increase the understanding of the pathophysiology of brain injury, and in the investigation and treatment of concussion. He also leads the international RESCUE studies evaluating the role of decompressive craniectomy in traumatic brain injury. He was awarded the Olivecrona Prize (the “Nobel Prize for Neurosurgery”) for his work on cerebral metabolism in acute brain injury).

He has co-authored over 450 publications (including NEJM,  Lancet and Brain) and been lead applicant in over £12m of grants (including MRC and NIHR). He is joint editor of the book “Head Injury – A Multidisciplinary Approach” and the Oxford Textbook of Neurological Surgery, the first edition of which is currently in preparation.

He is also Immediate Past President of Clinical Neurosciences Section of the Royal Society of Medicine, Royal College of Surgeons Neurosurgical Specialty lead for clinical trials, Chair of the Academic Committee of the Society of British Neurological Surgeons, Director of the Research Fund of the European Association of Neurosurgical Societies,  Treasurer of the International Neurotrauma Society, Neurosurgical Representative on the NICE head guidelines development group and Chief Medical Officer for the Formula One British Grand Prix. 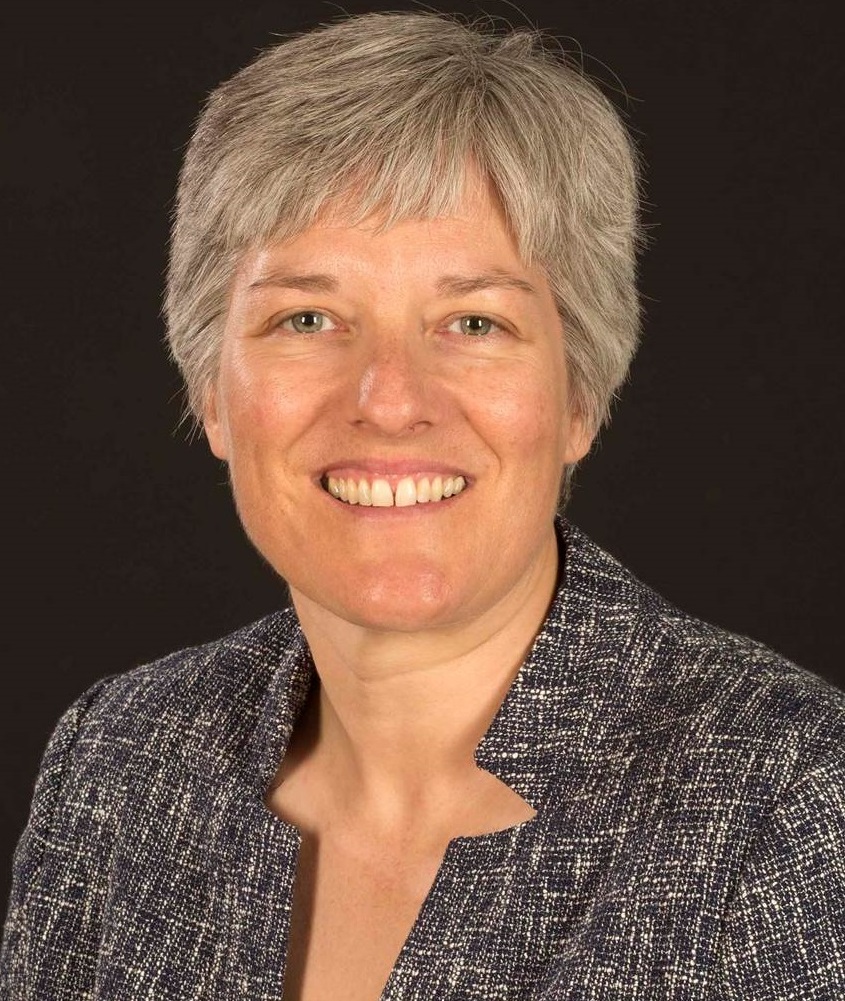 Dr Joan Grieve has been a Consultant Neurosurgeon at The National Hospital for Neurology and Neurosurgery, Queen Square, London since 2002.   She has a particular interest in pituitary disease and has one of the busiest pituitary practices in the UK, undertaking more than 100 transsphenoidal procedures annually.

She trained at St George’s Medical School, London and undertook her neurosurgical training at Atkinson Morley’s Hospital, Great Ormond Street Hospital for Children and The National Hospital for Neurology and Neurosurgery, obtaining FRCS(SN) in 2000.  She was successful in being awarded an MD in 2004 entitled ‘Novel Structural and Functional Imaging Techniques in Cerebral Arteriovenous Malformations’ following 2 years of research at Queen Square.

She was a clinical lead in Neurosurgery for 6 years at Queen Square and was elected as a council member of Society of British Neurological Surgeons in 2018. 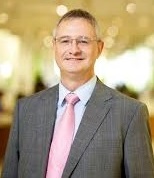 Professor Colin Watts leads the newly established Brain Cancer Program at the University of Birmingham. His research aims to improve the treatment and survival of patients with glioma by understanding the molecular genetic heterogeneity of individual tumours and using that data to develop novel molecular and functional stratification suitable for application in clinical trials. His clinical practice specializes in neurosurgical oncology with a particular interest in intrinsic gliomas and cerebral metastases.

Professor Watts qualified from the University of Newcastle upon Tyne and trained in neurosurgery in Cambridge and London where he completed his specialist training in 2004. He was awarded his doctorate from the University of Cambridge in 1999 and appointed as an MRC Clinician Scientist in 2004. He became a HEFCE Clinical Senior Lecturer in 2010 and was appointed Associate Professor in Neurosurgical Oncology, University of Cambridge, in 2016. He has published over 160 papers, articles, book chapters and reviews and serves on the editorial boards of Neuro-oncology and the European Journal of Surgical Oncology. He has received over £3.6M research funding as an academic consultant and was awarded the SNO translational research prize in 2013 for his work in evolutionary genomics of glioblastoma.

As a practising neurosurgeon Professor Watts has established a dedicated neurosurgical-oncology research clinic to support clinical trials and collaborative translational research. Ongoing clinical research uses fluorescence-guided techniques to optimize cytoreduction, develop surgical biomarkers of high-grade cancer, and enhance post-operative management of glioma patients through accelerated molecular stratification. His translational research interests are to understand the spatial and temporal evolution of tumour heterogeneity and the impact of sampling bias on our understanding of the clonal architecture and phylogeny of treatment-resistant disease. 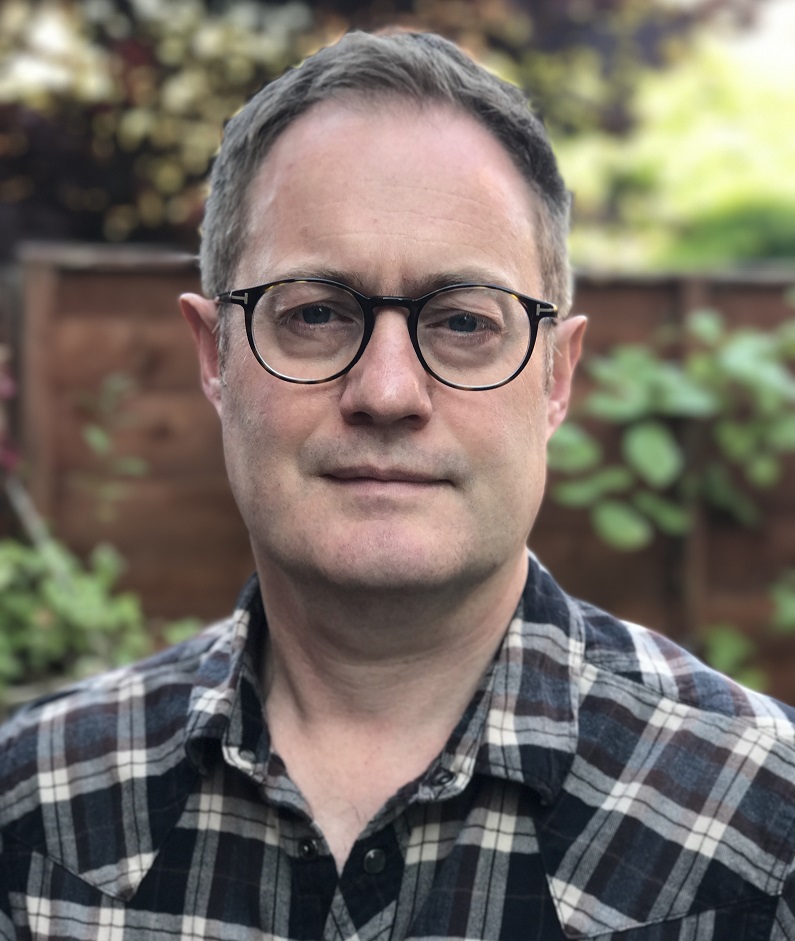 Dr Grundy has significant experience in leadership at a local and national level and is currently in the middle of his consultant career, having worked as a consultant neurosurgeon for 14 years. The position presently involves a split job plan working half time in leadership and management roles, including leading neurosciences, trauma and orthopaedics, radiology, cardiovascular and thoracics in Southampton.

Dr Gundry works closely with national bodies and is presently Vice-President of the British Neuro-Oncology Society and an elected Council member of the Society of British Neurological Surgeons. Also, widely known nationally in neurosurgery and oncology and able to communicate and deliver on complex and controversial issues.

One of the main areas of clinical expertise is neuro-oncology and Dr Grundy has developed a reputation for improving pathways, value and efficiency and pushing the agenda of sub-specialisation and low volume surgery. The major changes in neurosciences with changing pathways, such as mechanical thrombectomy, are very familiar and part of the experience within previous national and local roles.